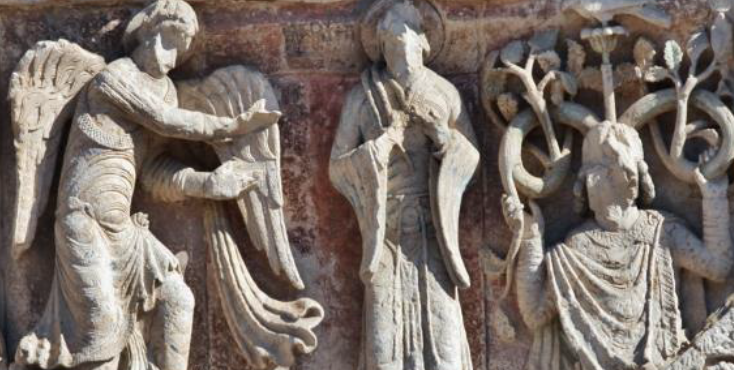 The biennial series on International Romanesque Conferences was launched as the result of a generous donation from one of the Association’s members, John Osborn. The first was held in London on 9-11 April, 2010 under the heading ‘Romanesque and the Past: Retrospection in the Art and Architecture of Romanesque Europe’, and was attended by around 150 scholars, speakers and amateur enthusiasts from a dozen countries. This was followed by a conference on ‘Romanesque and the Mediterranean’ held in Palermo from 16-18 April, 2012,  ‘Romanesque: Patrons and Processes’ organised jointly with the Museu Nacional d’Art de Catalunya in Barcelona in 2014 and ‘Romanesque Saints, Shrines and Pilgrimage’ in Oxford in 2016. The most recent conference was based in Poitiers on 4-6 April 2018 and considered the regional and trans-regional in the art and architecture of Romanesque Europe.

The next conference in the series had to be postponed as the result of measures taken to control the spread of COVID-19. This was to have been held in association with the Dommuseum in Hildesheim in 2020, but will now take place on 7-10 September, 2021 with a largely unchanged programme. It is intended to entertain a chronological theme – Romanesque and the Year 1000 – the aim being to examine art and architecture in the Latin West between c.970 and c.1030. Given continuing uncertainty over whether restrictions on numbers will apply to conferences in 2021, attendance at the conference will be restricted to speakers, scholarship students and organisers. However, the conference sessions will be live streamed by Zoom. A link to follow the conference will be posted in August. Meanwhile, a complete set of abstracts is available for download.

The 2022 conference will be held in the British School at Rome from 28-30 March, 2022 on the theme Image and Narrative in Romanesque Art. A call for papers can be found here. Proposals should be sent to the convenors by email attachment via romanesque2022@thebaa.org before 31 July, 2021.

2018, Poitiers: The Regional and Transregional in Romanesque

2012, Palermo: Romanesque and the Eastern Mediterranean

2010, London: Romanesque and the Past