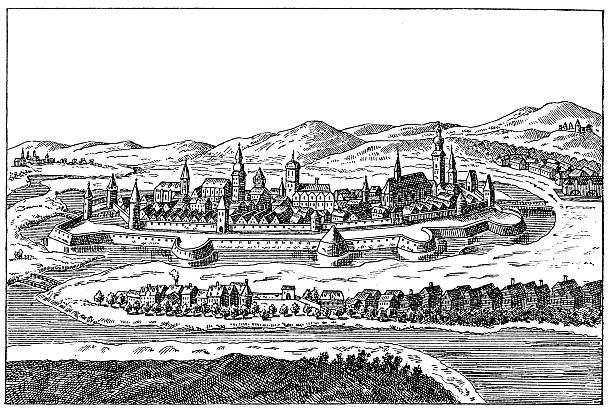 First mentioned in 1230, Košice was a thriving merchant centre within the medieval kingdom of Hungary. By the time that King Sigismund (son of Charles IV of Bohemia) came to power and built his castle in Bratislava, Košice was one of the most important towns in the kingdom – surpassing even Buda in population! It was a free royal town and its furrier’s guild was the first documented guild in Hungary. The principal town church was rebuilt in the Gothic style in the 15th century (partly by the Parler workshop), rivalling most cathedrals by virtue of its size and innovative architecture. Geographically situated in the eastern part of Slovakia, Košice is within reach to several other important medieval regions – namely Spiš, a region which nestles beneath the Tatra mountains and is rich in Romanesque and Gothic buildings, and Gemer, a region celebrated for its 13th and 14th-century wall paintings. The town is also close to Bardejov and Levoča, two UNESCO world heritage sites whose medieval churches survive more or less intact, with many of their wooden altar shrines in situ. The church of St Giles in Bardejov contains eleven medieval altarpieces while the Basilica of St Jacob in Levoča contains eighteen. Amongst Levoča’s altars is also the celebrated high altar by Master Pavel – the tallest Gothic wooden altar in Europe.