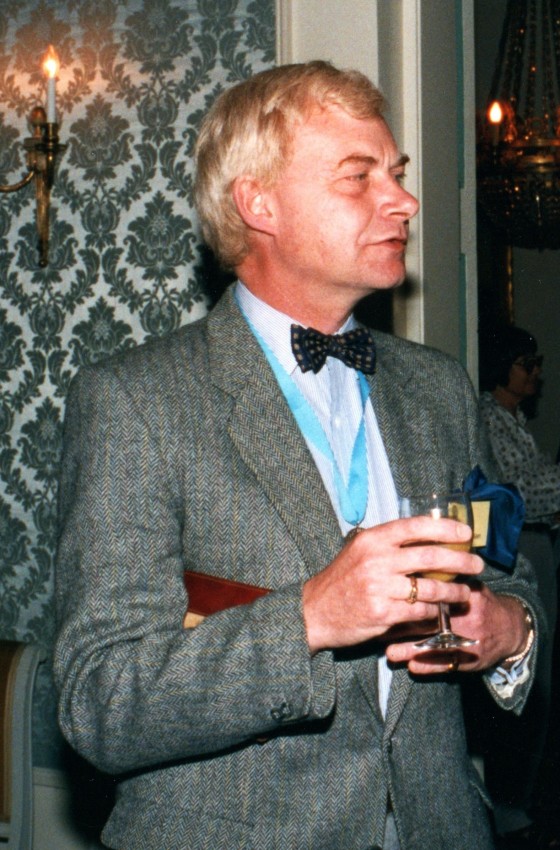 Laurence Keen, (President 1989-2004). Laurence joined the Association in 1968, at which time he was a student of the then President, David Wilson. With the encouragement of Elizabeth Eames he submitted an essay on floor tiles which won the Reginald Taylor Essay Prize, and lay at the start of a life-long interest in floor tiles. From being Director of the Southampton Archaeological Research Committee, he served as Dorset’s County Archaeologist from 1975 until 1999. Serving on the BAA Council in 1973-76, 1978-81 and 1984-87 he was elected Vice-President in 1988 and President in 1989. By this time, the Association was in need of an overhaul. The unexpected Ochs bequest in 1991 encouraged the Association to re-register as a charity, and then incorporate as a company limited by guarantee, making the Association more open to students. With Lindy Grant as Secretary, two initiatives were introduced; first, the annual conference became European, secondly every effeort was made to encourage young scholars to join. With that, social events – parties and receptions – became a regular feature. Conferences at Rouen (1989), Utrecht (1993), Angers (2000) and Mainz (2003) gave the Association a European profile, encouraging European colleagues to join the Association.

Laurence’s Presidency is the second longest in the Association’s history. His last conference was Cardiff in 2005, after which David Robinson wrote (in the Conference Transactions), ‘During his distinguished period in office, Laurence has masterfully steered and amused us, in equal measure, through no fewer than sixteen conferences. The fact that the British Archaeological Association’s annual conference now thrives, and that it has become such an established calendar event for so many scholars, owes much to Laurence’s  successful term of stewardship’.  Laurence continues to publish, most recently on Norton Priory, and is chairman of the Fabric Advisory Committee of Exeter Cathedral.