Rievaulx Abbey is one of the most impressive Cistercian abbey complexes in Europe, nestled in the hills of the North York Moors National Park. Established in 1132, the ruins of the abbey include the monastic church, which was begun in the second half of the 12th century and extended in the 1220s, but also much of the monastic complex. This study day examined this monastic complex with experts who have published extensively on the architecture, the history and the archaeology of the Cistercians. The day also included a visit to the new museum at Rievaulx, which houses many sculptures and architectural fragments that were previously not on public display.

The day will be well-remembered not least because of the stubborn rain shower which dominated the morning! We thank Michael Carter, Stuart Harrison and Alexandra Gajewski for soldiering on in the unfortunately roofless abbey church! 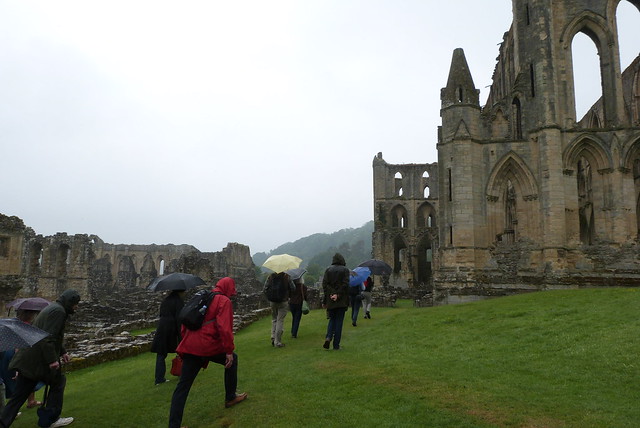 A coach picked up members from Thirsk Station at 10:40 and dropped members off at Thirsk station after the study day finished at 16:00.