The parish churches of St Cadoc at Llancarfan and St Illtud at Llantwit Major are among the most historically significant religious sites in south-east Wales. In the pre-Conquest period, both were the sites of important ‘monastic’ communities. After the Conquest, they were held by the great Benedictine abbeys at Gloucester and Tewkesbury. The standing medieval fabric at each church holds a wealth of architectural and artistic detail bearing witness to centuries of use and renewal. During this study day we will consider some of the points of comparison and contrast between the two churches.

The day started at Llancarfan, where St Cadog’s monastery was mentioned in the Book of Llandaff over a long period (c.650–1075). The present church was probably begun in the 12th century. The focus of our attention was the extensive medieval wall paintings which were currently being conserved and researched by Jane Rutherfoord. Led by Jane, the morning session offered an insight into the practical, technical and sensitive nature of wall painting conservation, including an introduction to medieval wall painting techniques and the methods used to sustain these works in situ.

The afternoon was spent at Llantwit Major, where, according to the Life of St Samson, an important monastery (and school) was established in the early 6th century by St Illtud. The site retains a major group of inscribed and sculptured stones ranging in date from the late 8th/early 9th to the 11th century. The 12th-century and later church is complex, and requires both archaeological and art historical approaches to untangle the development of its fabric. David Robinson will guide us through some of the problems of interpreting such a complicated site and introduce techniques by which investigation and analysis can be successfully carried out.

Photo gallery of the day 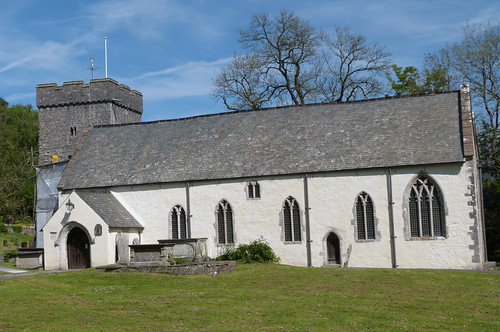 Flyer for the event

Easily worth the cost of my annual membership!

find out about BAA membership