Much rebuilt over the centuries, the history of Windsor Castle dates back to the Norman Conquest. During the Middle Ages, the castle gained importance and was rebuilt multiple times. One of the most recent restorations took place after a fire broke out at the castle in the early 1990s. The subsequent archaeological investigation of the castle prompted a major publication which is forthcoming at the end of 2017. The first part of this BAA Study Day involved an exploration of the collegiate chapel of St George and its ranges led by Tim Tatton-Brown, while the afternoon explored the medieval parts of the upper ward, currently being restored for eventual opening to the public, with Dr Stephen Brindle. A photo gallery by Dr James Cameron documents the day (photos were not permitted in the chapel or the upper ward for security reasons).

Photo gallery of the day 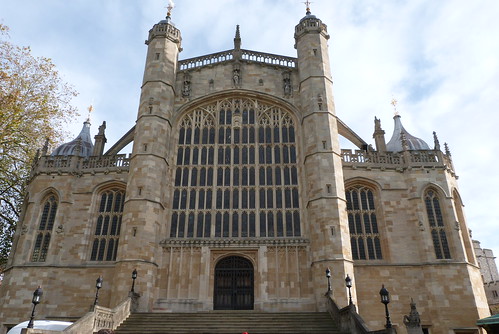